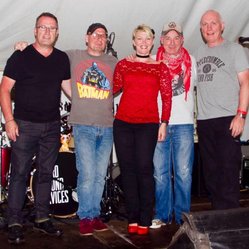 Kerry and the Malting Boys

A very diverse band in that the music played is an amalgamation of various styles from band member’s previous years in music. The sets include folk, blues rock, country and pop with the bands ability to adapt to various styles because of the four singers’ influences. The band also writes its own songs and will include at least one or two in each gig. It consists of Colin Anderson, guitars, slide, banjo, bass and vocals, Philip McGee, guitars, bass, pedal slide and vocals, Bob Simpson, drummer, guitarist, mouthorgan and vocals, Tad Taylor, guitar, bass and backing vocals, and of course the lead singer and percussionist Kerry McMaster to front up the face of the band. As regular visitors to Strathyre, the band are looking forward to returning this year to take part in the festival. 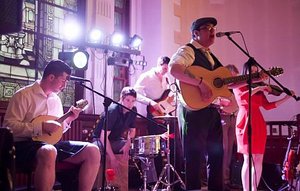 Papa Shandy and the Drams

Based in Glasgow, Papa Shandy and the Drams were founded in 2012 and haven't looked back since. As Scottish folk musicians, there is a very good reason why this Glasgow function band is popular all over the world. The distinct, smoky voice of Kieran Sinclair heads up one of the fastest selling wedding and function bands in Scotland today. Managed exclusively by hireband, their setlist is vast, covering anything from Mumford and sons to AC/DC. With their unique folk and bluegrass style. Papa Shandy and the Drams are undeniably the best pop and folk bandavailable for hire today. Look forward to a sensational Headline performance. 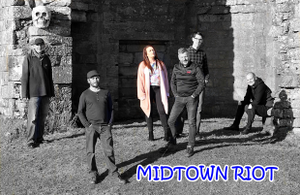 Midtown Riot are a six piece outfit from South Lanarkshire. This will be their fourth trip to Strathyre and they are delighted to be asked to Headline Saturday Night. (Quote) – “This is still the best wee festival in Scotland and we are honoured to be part of it.” They have a nice mix of tunes, some traditional and some modern, traces of the folk rock influence can still be found as their sound subsequently developed in the direction of a heavier pop/rock feel. They play a mix of covers, a little traditional folk with a Midtown Riot twist, some original material, and some rock with an accoustic slant. Often, when asked about what genre they come under their reply is that “We're not sure, but as long as the fans are enjoying it we'll keep playing it.” Strathyre is now extra special for the 'Midtowners' as last year, Kenny (Lead Vocals and Guitars) got engaged to his now fiancee Lorna a few hours before the band took the stage. 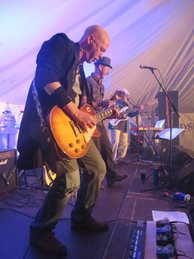 MUDSLIDE are a five piece Blues band from the wild west coast of Argyll who possess a wealth of professional and semi professional experience. They deliver stormin' Blues of all styles from Stevie Ray Vaughan to Eric Clapton, Gary Moore to Joe Bonamassa plus some original material and older classics. With an enviously tight rhythm section, blistering guitar solos, dazzling keyboards and soulful vocals, they are guaranteed to get a place dancing. If their Mudslide Blues Brothers are with them then they will be showing you the moves on the dancefloor. MUDSLIDE are great fans and supporters of the festival and were honoured to have headlined in 2016 and 2017. 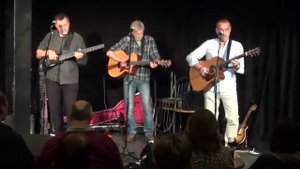 Over the last three decades Lanarkshire based singer/songwriter John Hinshelwood’s finely crafted, country tinged songs have firmly established his reputation as a writer and performer of distinction. He has recorded with, among others, ex Byrd Gene Parsons, legendary Scottish songwriter Rab Noakes, American singer/songwriter Kathy Stewart, and ex Poozie Patsy Seddon, as well as sharing a stage with many distinguished artistes including Roger McGuinn, Tim O’Brien, Dave Pegg, and Martin Simpson. His live appearances have included Celtic Connections, Highland Festival, Wembley Country Festival, Perth’s Southern Fried Festival, and Summertyne Festival in Newcastle, in addition to headlining at most of the main acoustic music clubs in Scotland and many other venues across the folk/country/Americana music scene. His CDs ‘Holler til Dawn’, ‘Shattered Pleasures’( a collaboration with Canadian singer Sandra Gellatly), and ‘Lowering the Tone’ have all received widespread critical acclaim, with the prestigious publication Maverick describing the latter as ‘ a superb album full of beautifully crafted songs’. A track from the CD, ‘What’s Left is what’s Right’, reached number 4 in the British/Irish Independent Country music chart. The current line-up of the John Hinshelwood Band is -: John Hinshelwood – acoustic guitar, vocals Tim Black – acoustic and electric guitars, mandolin, vocals Ed McGlone – bass,Chapman stick, vocals Frank McHugh – drums, percussion 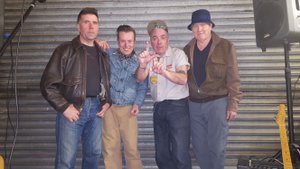 If it’s raw dynamic rockabilly and rock ‘n’ roll you want then look no further than the Flathead4. A solid 4 piece delivering authentic covers of more obscure 50’s rockabilly together with new self-penned material. Lineup: Brian on lead vocals and rhythm guitar Andy Love on drums Al Gare - double bass, Al was the bass man for Imelda Mae for a few years and also played with Jeff Beck. Darren Lince - lead guitar has played with a number of rockabilly outfits and has graced the stages at Glastonbury, Isle of Wight, Vegas and halfway around Europe. Blistering guitar leads and hot double bass players, get ready for a hot ‘n’ frantic set that will leave you breathless.

Lazy Man's Burden are a 3 piece folk/roots band based in Peebles, Scottish Borders. A blend of traditional and contemporary influences portrayed through guitar, mandolin and 3 part vocal harmonies. Fresh out of a string of gigs - including Celtic Connections, folk festivals and a sell-out E.P. launch in Peebles - the band are looking forward to their first gig in the Highlands. The local lads draw influence from the powerful harmonies delivered by ‘The Staves’, the delicate flow of ‘The Milk Carton Kids’ and the rawness of ‘Gillian Welch’. Come join them for a set that sweeps from moody lows to foot-stomping highs! 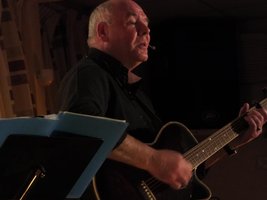 A very accomplished popular singer and guitarist, Dave has been a performer for over 30 years. Born a Scot (and proud of it) formerly based near Southampton, now lives in the Kingdom of Fife. He is a firm favourite wherever he performs. Dave is no stranger to the Music Sessions locally in Callander and Strathyre. Dave began his first forays into the pubs and clubs in the early seventies while serving in the army. His first performance was at the Bird in Hand in Finsbury Park London, where with the help of a pianist Jim would entertain the regulars once a fortnight. He also spent some time on the folk scene and has been known to gig at the odd folk club now and then. On leaving the army Dave moved to Kent. There he stayed for twenty years building up a good reputation in the southeast of England as a competent performer. Blessed with great vocal ability and an easy going but engaging style, audiences soon warm to Dave’s unique performances and enjoy joining in with the choruses and good humored banter. His trademark is that of an all round entertainer who plays a wide selection of music with humor and passion. 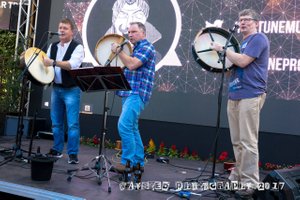 Are a hard working Scottish folk group, they are now pretty well established on the Edinburgh music scene, the Drouth as they are affectionally called play mainly Scottish and Irish traditional songs played with blood curdling aggression and attitude or soulful melodic expression, and everything inbetween, humor and audience participation are key to the bands performances and following the release of their first album ‘Battletunes and ballads’ the group are looking forward to expanding their musical footprint and enjoying the journey !